The origins of Saint John’s Seminary are found in the establishment of the Boston Ecclesiastical Seminary by Archbishop John J. Williams to prepare men for the Roman Catholic priesthood. In 1883, the Commonwealth of Massachusetts granted a Charter to the seminary to grant degrees in philosophy and divinity. Staffed by the Society of Saint Sulpice, the seminary received its first class in the following year.

Cardinal William H. O’Connell presided over the expansion of the seminary in 1911 and replaced the Sulpicians with a faculty of diocesan priests.

In 1941, the Commonwealth expanded the seminary’s Charter, authorizing the granting of degrees appropriate to the courses of study as well as honorary degrees appropriate to the purpose of its charter and amendments. Degrees currently awarded include the Bachelor of Philosophy, the Bachelor of Arts (Philosophy), the Master of Divinity, the Master of Arts (Theology), the Master of Arts in Ministry and the Master of Theological Studies for the New Evangelization. In 2017, the seminary was granted affiliation with the Pontifical University of Saint Thomas, through which is grants the Pontifical Degree of Sacrae Theologiae Baccalaureus (STB).

In 2000, Saint John’s Seminary formed the Theological Institute for the New Evangelization in order to prepare lay ecclesial ministers for service in parishes throughout New England.

The seminary experienced an unprecedented growth in the first decade of the new millennium with the decision by Cardinal Seàn O’Malley, OFM, Cap. to expand the seminary to include dioceses from throughout New England.

Among the distinguished alumni of these past 135 years are Cardinal Richard Cushing, Cardinal John J. Wright, Cardinal Aponte Martinez, and more than three thousand parish priests serving throughout New England and the world.

Today Saint John’s Seminary serves eleven dioceses and five religious communities. The seminary’s Master of Arts in Ministry and Master of Theological Studies programs have prepared over two hundred men and women for service in the Church and for evangelizing the wider society. 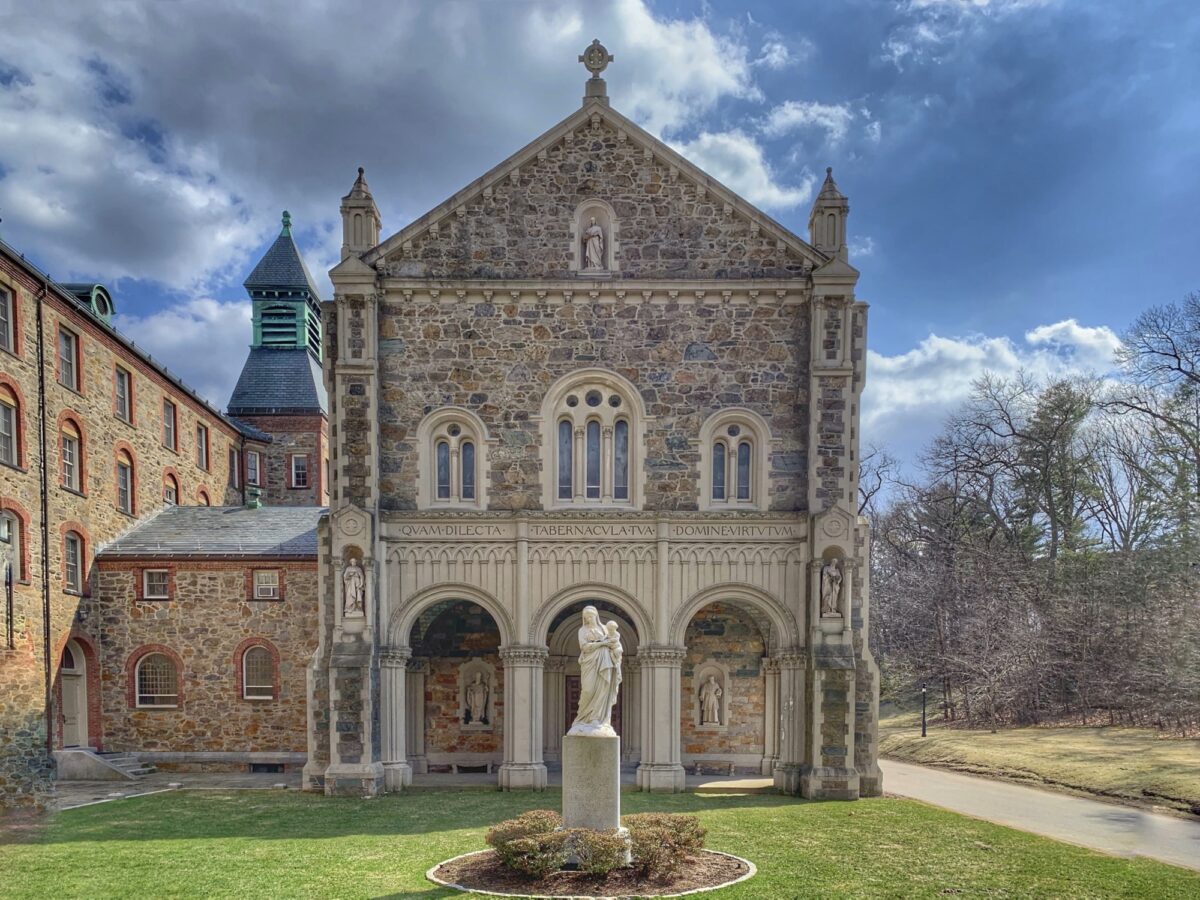 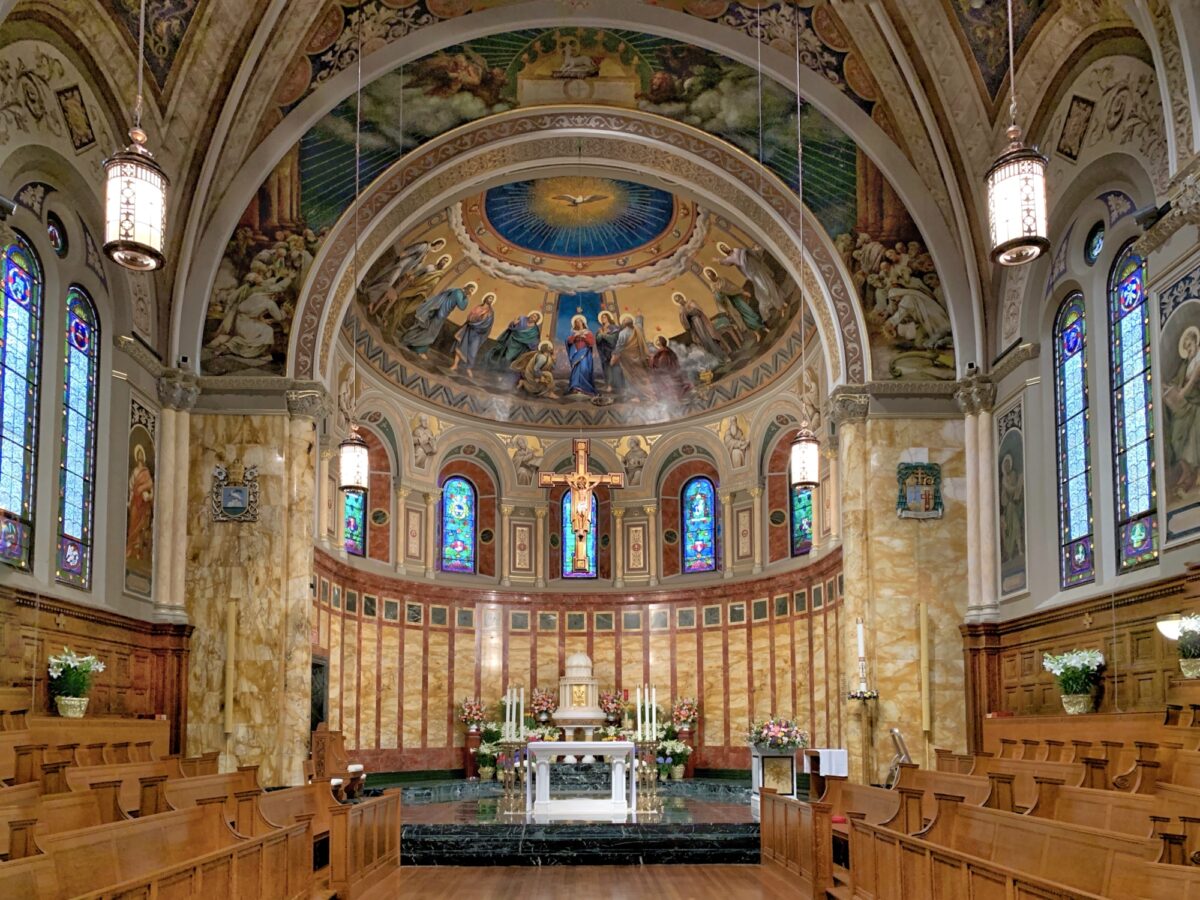 Saint John’s Seminary is located in the neighborhood of Brighton, in Boston, Massachusetts. Saint John’s Hall, the original building on Lake Street, was first built in 1884 and enlarged and renovated in the intervening years. The seminary building is home to a romanesque chapel, administrative offices, classrooms, a refectory, and residences for priests and seminarians.

Saint John’s Chapel was not part of the original seminary construction. It was built in 1899 and constructed by the Boston firm of Maginnis and Walsh. The beautiful artwork which adorns the chapel was painted by Gonippo Raggi. The chapel, with its great beauty, remarkable pipe organ, and sonorous acoustics, has provided a fitting setting for the heart of the seminary.

Saint John’s Seminary went through another expansion and renovation in the 1920s. Saint John’s Hall was expanded, adding more rooms for students. The current refectory and kitchen, as well as new heating boilers and a convent for the sisters who served the seminary, were also added at this time. A number of other buildings were constructed on the campus around the seminary during the first half of the twentieth century. This construction included facilities which housed several archdiocesan offices, among them the chancery building, making the seminary and its grounds the heart of the Archdiocese of Boston for most of the 20th century.

For most of its existence, Saint John’s has enjoyed a healthy enrollment and a privileged place among the New England dioceses. Many of these dioceses have had an entire generation of their presbyterates formed at Saint John’s.

From 1970 until the turn of the 21st century, enrollment at Saint John’s, like all Roman Catholic seminaries, declined. By 1998, Saint John’s Hall was in need of modern systems and improved use of space. Under the direction of Cardinal Bernard Law, a major renovation of the hall was undertaken. Systems were replaced, modern bathroom facilities were installed, and improvements were made to the common areas and classrooms.

In 2002, Saint John’s College Seminary closed its doors. In addition, in 2004 and again in 2007 Boston College purchased most of the real estate that was owned by the seminary. During this time, a renewed effort was made to build up the seminary program in the model articulated by Pope John Paul II. The Holy Father had called for excellence in Four Pillars of Formation: the Spiritual, Intellectual, Pastoral, and Human aspects of priestly preparation. As a fruit of this effort, enrollment increased dramatically, from a low of 42 in 2006 to over 100 at the start of the 2010 academic year. This increased enrollment includes resident seminarians from Boston and from other dioceses of New England, as well as international seminarians and members of religious orders who attend classes at Saint John’s while residing with their respective houses of formation.