We congratulate our 2020 graduates who completed their Master of Arts in Ministry Degree at Saint John's Seminary through our Lay Formation Program which is available to laity, deacons, and professed religious. 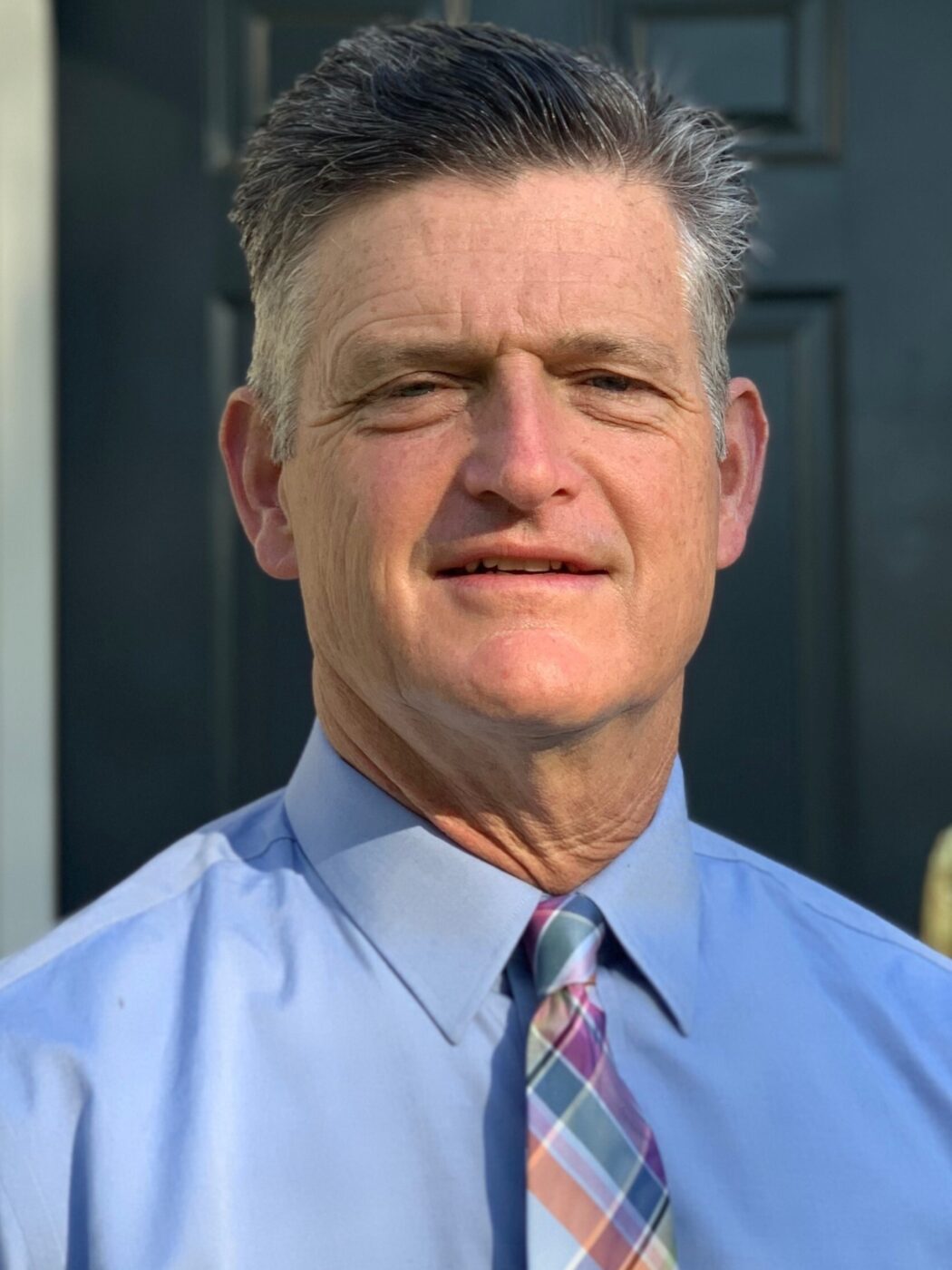 James 'Gus' Adams is a parishioner at St. Anthony's in East Falmouth, MA, which is part of the Falmouth Catholic Collaborative. He has been married to his wife, Lisa for 31 years, and they have three grown children. Together they have owned and operated Falmouth Physical Therapy for the past 28 years. They both serve St. Anthony's by helping with Confirmation, RCIA and as Eucharistic ministers. Gus is a lector at St. Anthony's and works as a core leader in ‘That Man Is You’, a program that encourages men to grow in their faith and be the true leaders of their families that God created them to be.

Gus works as a personal trainer at the practice, and has coached high school basketball for sixteen years. His last five seasons at St. John Paul II H.S. and Falmouth Academy have resulted in league championships. Gus feels comfortable in this 'ministry.' He continues to coach in order to share his Catholic faith.

Gus is extremely grateful to Msgr. Steve Avila for his guidance and encouragement in growing in his faith. It was Msgr. Avila who recommended taking a course at MAM/MTS of Saint John’s Seminary prior to pursuing the diaconate in Fall River. Dr. Aldona Lingertat, Director, MAM/MTS challenged Gus to take two courses that semester. From that point forward Gus enrolled in 2-3 courses per semester plus one class in the summer semester.

Next to God, Gus gives his wife, Lisa the most credit, however, he believes that she lives out the works of mercy in her life more than anyone he knows. As a young priest, Fr. Ryan Healy has also been an inspiration in Falmouth. Lastly, Gus feels gratitude for the fine instruction that he has received at MAM/MTS, and for the relationships that he has formed with his classmates. 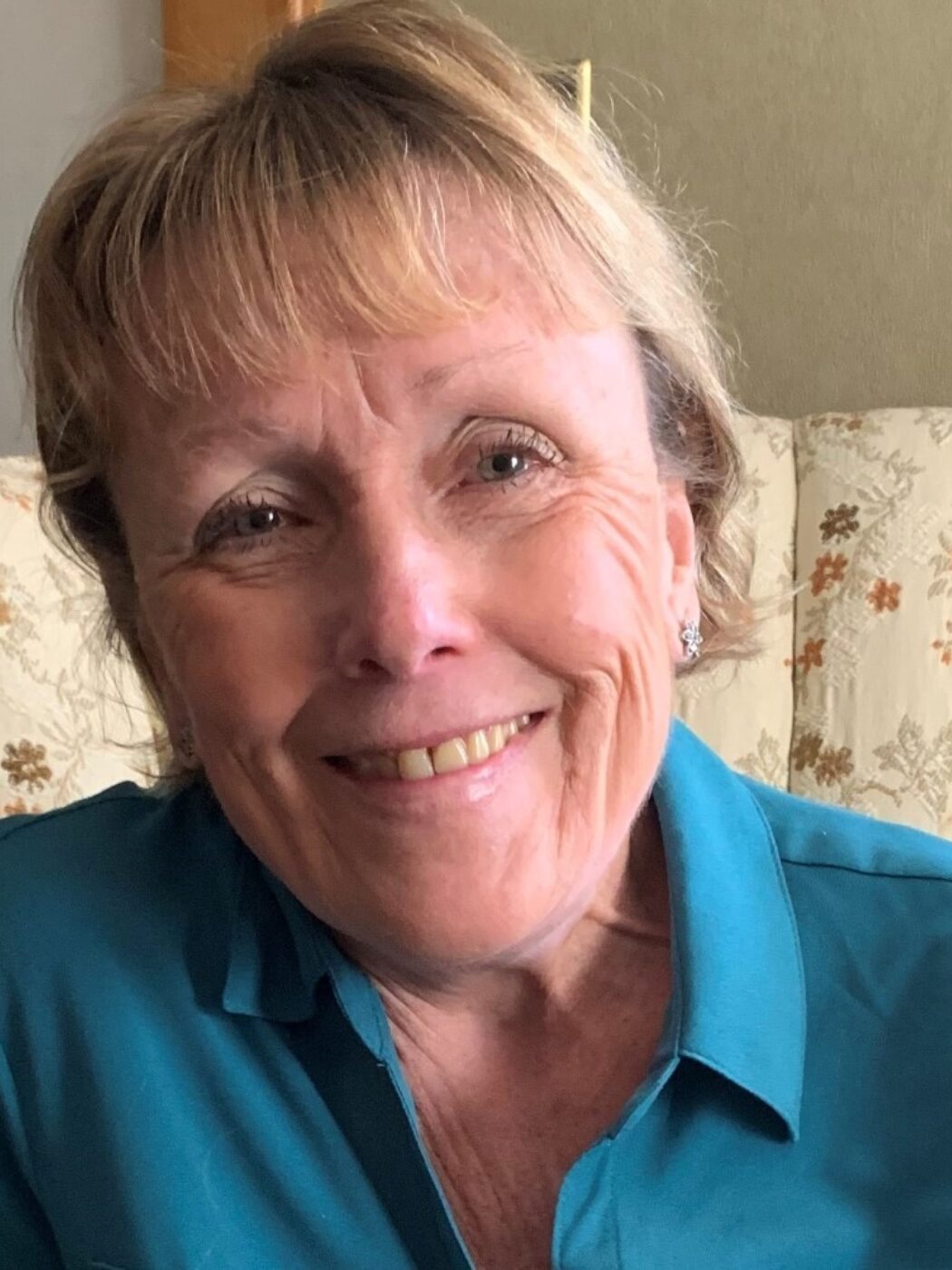 Fran attended Eastern Nazarene College in Quincy pursuing a degree in Business Administration. Upon graduation she began her career in the giftware wholesale industry. In 2008 she saw an advertisement in her parish bulletin for an Administrative Assistant, which led to a career change from the public sector to Church ministry. Fran loved working within this environment and quickly became involved in both faith formation and pastoral ministries.

Fran began her quest for knowledge with the Catechetical Certificate Program (CCP) offered at Saint John’s Seminary. Following completion of the CCP she was accepted into the Master of Arts in Ministry program in 2016. Due to family and employment responsibilities she started out slowly, but eventually was able to increase her classes leading to this amazing accomplishment.

Family is important to Fran. She resides in North Chelmsford with her husband Larry and their two dogs, Finnigan and Chloe. Their son Nicholas, whom they adopted from Russia in 2003, is serving in the US Army, and is currently stationed in Seattle, WA.

Fran is an avid swimmer and loves to read and research family genealogy in her free time. 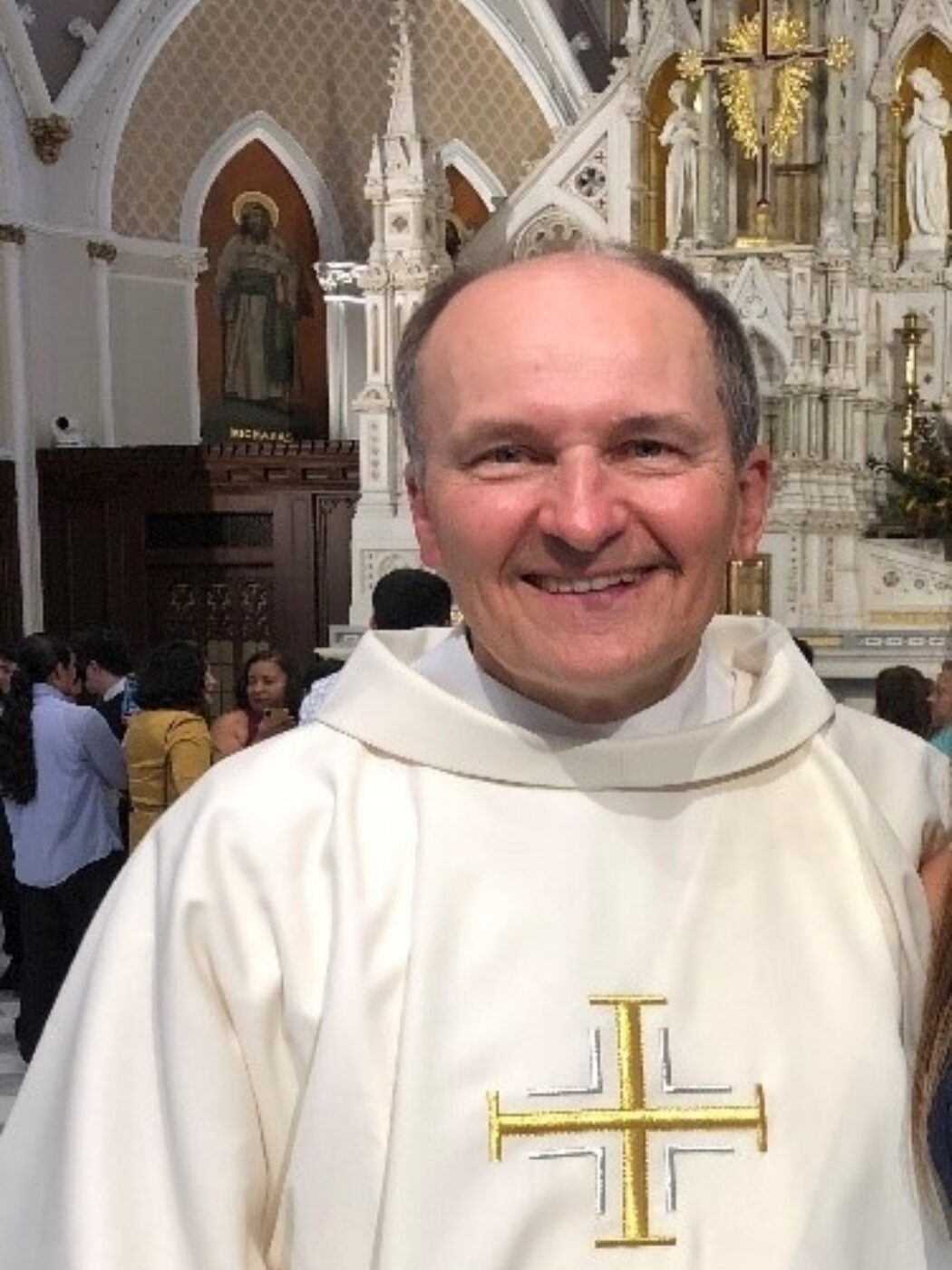 Deacon Ron Gerwatowski was ordained by Cardinal Seán O’Malley in September of 2019. He is serving at Saint Mary Parish in Franklin.

The Master of Arts in Ministry program (MAM) played a significant role in Deacon Ron’s discernment to the Diaconate. Many years ago, he began taking classes, one class per semester, to gain a greater understanding of the faith. He was getting very close to completing the MAM degree when he was called to the Diaconate. He then began taking classes in the Diaconate formation process. The MAM experience, combined with heartfelt conversations with others in the program, confirmed Ron’s calling.

For Deacon Ron, it was a much longer time than typical to obtain the degree. As he said recently, “By the Grace of God, I made it! Deacon and Master of Arts in Ministry graduate, all in one.” 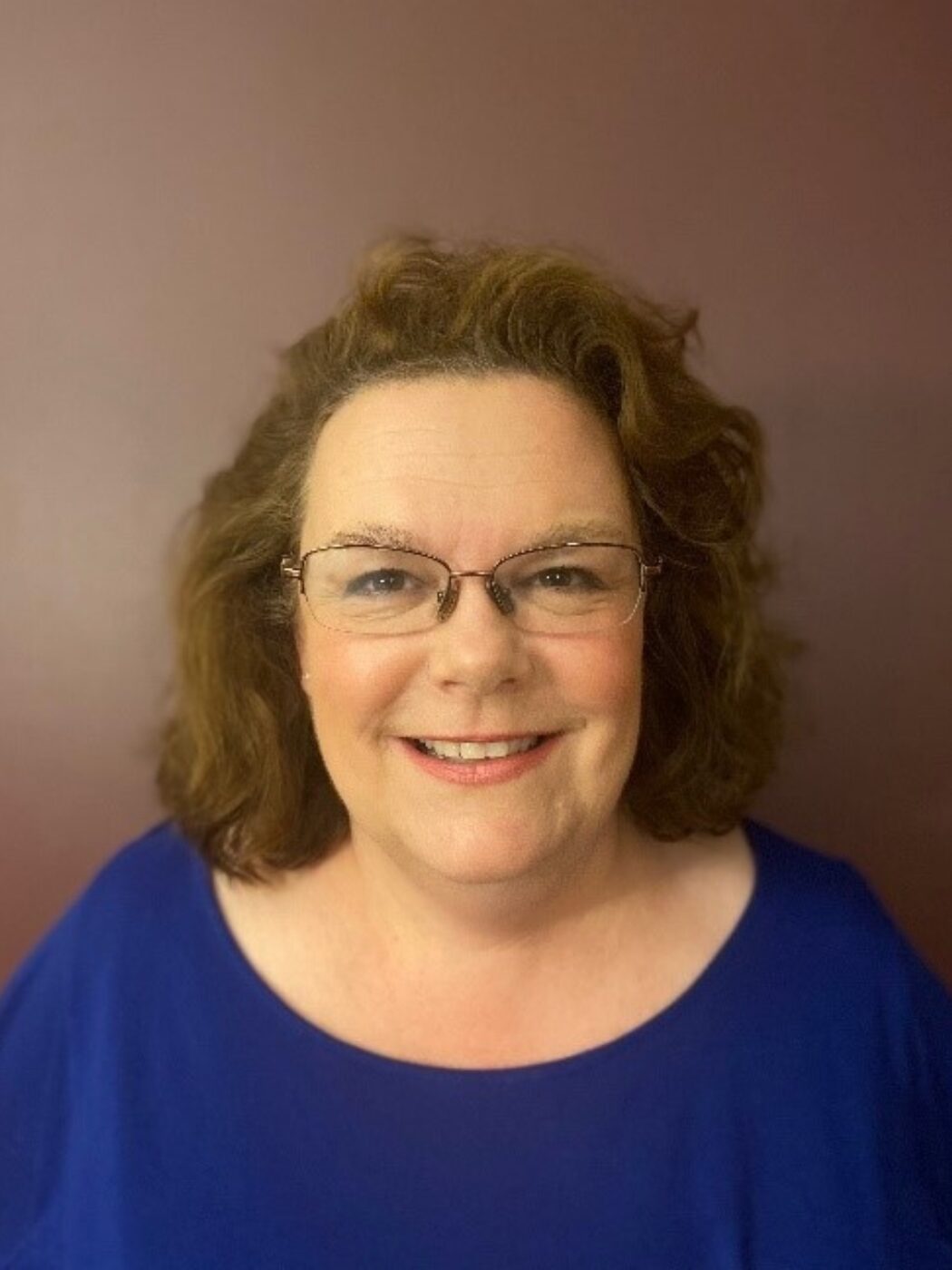 Pam Guerrieo lives in North Andover, MA with her husband, Paul. They have been married for thirty-two years and are parents to three young-adult sons, Nicholas, Benjamin, and Zachary. Pam and Paul are both active members of their parish, St. Michaels, where Pam worked for nine years as Confirmation Coordinator.

In 2016, Pam came to the Master of Arts in Ministry program (MAM) with the intention of moving from parish-based ministry to college ministry as a campus minister. Her plans changed, however, through her MAM field education experience at Mary Immaculate nursing home in Lawrence, where she volunteered as a chaplain under the supervision of the Director of Chaplaincy. Pam’s experience ministering to the elderly residents at Mary Immaculate, along with her experience as a hospice volunteer with Compassus Hospice, have awakened a desire in Pam to focus her ministry efforts on the elderly population.

To accomplish her goal, she is enrolled in a CPE (clinical pastoral education) unit beginning this September 2020 at Havenwood Heritage Heights in Concord, NH. Upon completion of the unit next April, Pam hopes to become employed as a hospice chaplain where she will minister to the spiritual needs of hospice patients and their families in nursing homes and their own residences. 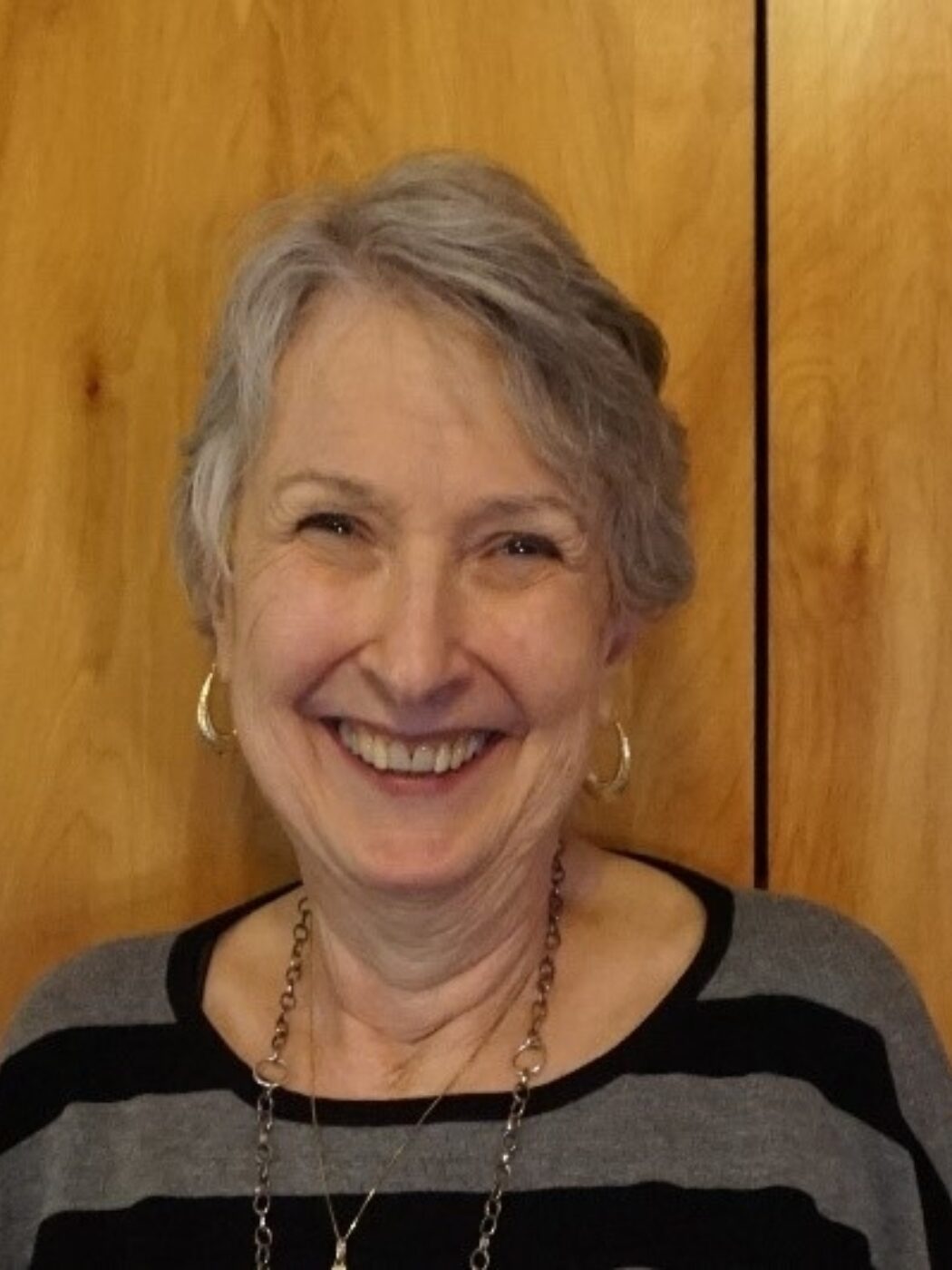 Linda Riley is the Ministry Manager for the Saugus Catholics Collaborative. She works with both staff and volunteers to create and manage volunteer programs that serve the Collaborative community, whether it be for liturgy (Eucharistic Ministers and Lectors), for service (Pastoral visitors, Bereavement, Cancer Support Group), or for business (Communications and Office Volunteers.)

Linda believes that she is called to serve the people of God in whatever ways her particular talents and abilities can be of use. This is why she enrolled in the Master of Arts in Ministry program, so that she can be more effective in her ministry. She also loves to learn all about the Church, and has often commented on how wonderful it is to be in the company of so many lay people who feel the same way.

Prior to joining the Saugus Catholics Collaborative, Linda was the President/CEO of Linda Riley Media Services, a full service advertising and marketing communications agency in Peabody, MA. She is also a three-time cancer survivor who has been both a volunteer and a trainer for the American Cancer Society for many years and is a frequent speaker on the non-medical aspects of a cancer diagnosis. Linda lives in Saugus. 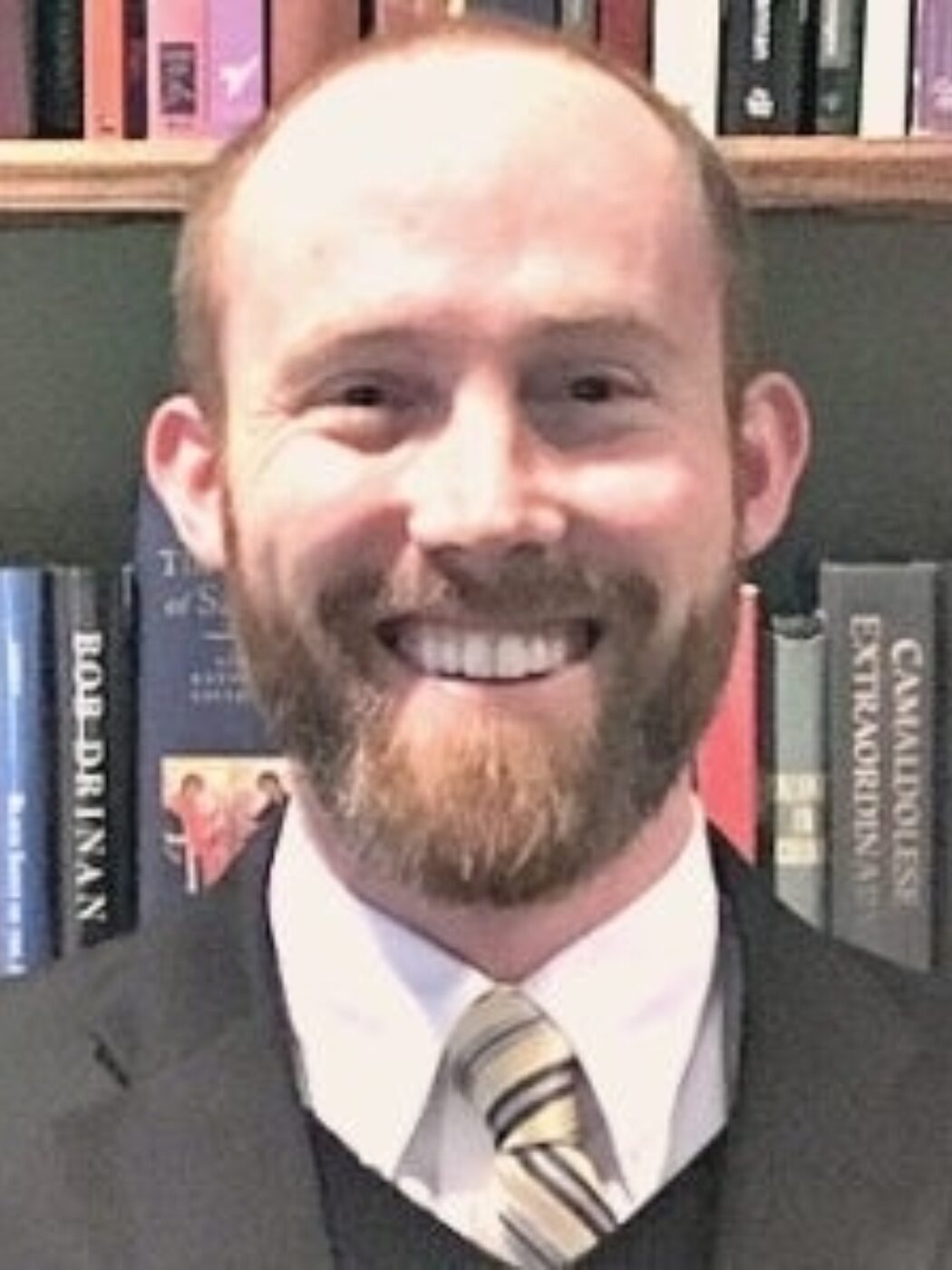 Michael grew up in Newton, MA and attended Catholic Memorial School. Then he went to Franciscan University of Steubenville, where he majored in Catechetics and Theology. It was at Franciscan that Michael realized he had a love for catechesis and for teaching. So, after many years of catechizing, doing ministry, studying theology and the classics, he believes his Master of Arts in Ministry degree has prepared him well for the next step. Michael is excited to begin teaching middle school this fall at Our Lady of Lourdes Classical Academy in Denver, CO.

The Master of Arts in Ministry (MAM) and Master of Theological Studies (MTS) Degree Programs at Saint John’s Seminary provides whole-person formation for the mission of Christ.

To learn more about the Lay Formation Program at Saint John's Seminary click the link below.